Full arena and a very challenging course – Defender Grand Trophy 160 cm showed the best of five star jumping with a lot of excitement and many almost clear rounds. Four duos made it to the jump-off but only one cleared the course with no faults.

Sweden’s Angelica Augustsson Zanotelli on Kalinka van de Nachtegaele put two amazing rounds on the leaderboard and held onto her position until the end.

“I knew I was quick; my horse, she’s naturally very quick. I also knew it was possible to go even faster and it’s always a question of how much the other riders are going to risk. I know I put a bit of pressure on them, so I know they had to try a little bit to beat my time, but I also knew it was possible to do so”, Augustsson Zanotelli described their jump-off course.

“My idea was actually to go completely inside. After the double it was a very sharp turn, I wanted to do that but when I landed it felt a little bit too sharp, so I thought I would take the risk to go round. The distance to the last fence, my horse likes that distance and in that speed she likes to have a bit of space so that was actually on the plan”, Augustsson Zanotelli continued. 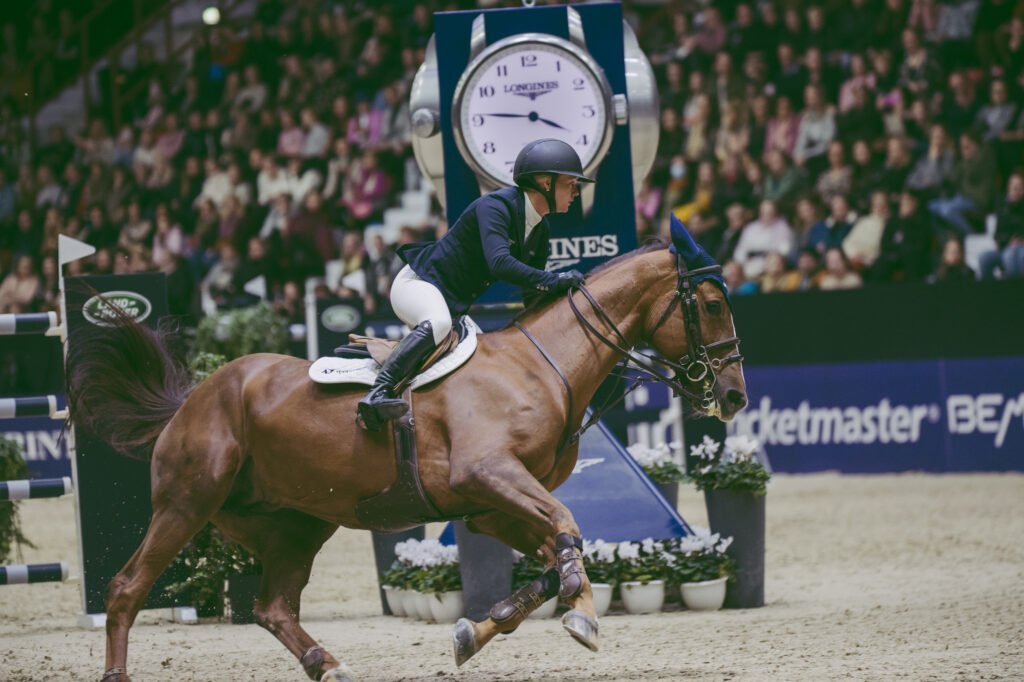 Augustsson Zanotelli especially praised her horse after the winning performance.

“She’s absolutely amazing. I’ve had her since she was nine and now she’s twelve so I did the whole journey with her more or less. She had not been doing too much when she came to me and I have been building her up to a five star level”.

Saturday’s Defender Grand Trophy marked a brilliant comeback for the Swede who had taken a baby break of few years after Herning 2013. She placed 14th in the World Cup Final earlier this year and 9th in the Grand Prix in New York, but today was her first big victory after the baby break. Getting back to the top sport hasn’t been easy and Augustsson Zanotelli credits her team for the support.

“I would lie if I said it was not hard. It has been hard but I knew all the way that that’s what I wanted; to have children and to get back to the top sport. I have an amazing team around me, supporting me to get back to where I’m today and that also makes it very special to sit here. I have had very good results, but this is my first really big victory after the baby break. I’m sitting here today but it’s not only because of me, it’s because of lot of people.

French Julien Anquetin and Blood Diamond du Pont continued their great performances this year and took the second place. They also had a great first round but snagged four penalties in the jump-off.

“My horse jumped really well; this was his second time on this level, his first time was last week in Oslo. We had two down then today one down so I have to be happy with our result. He felt good but as an afterthought, I maybe should’ve taken the short way to keep his concentration. But overall he jumped a good round”, Kontio commented after the competition. 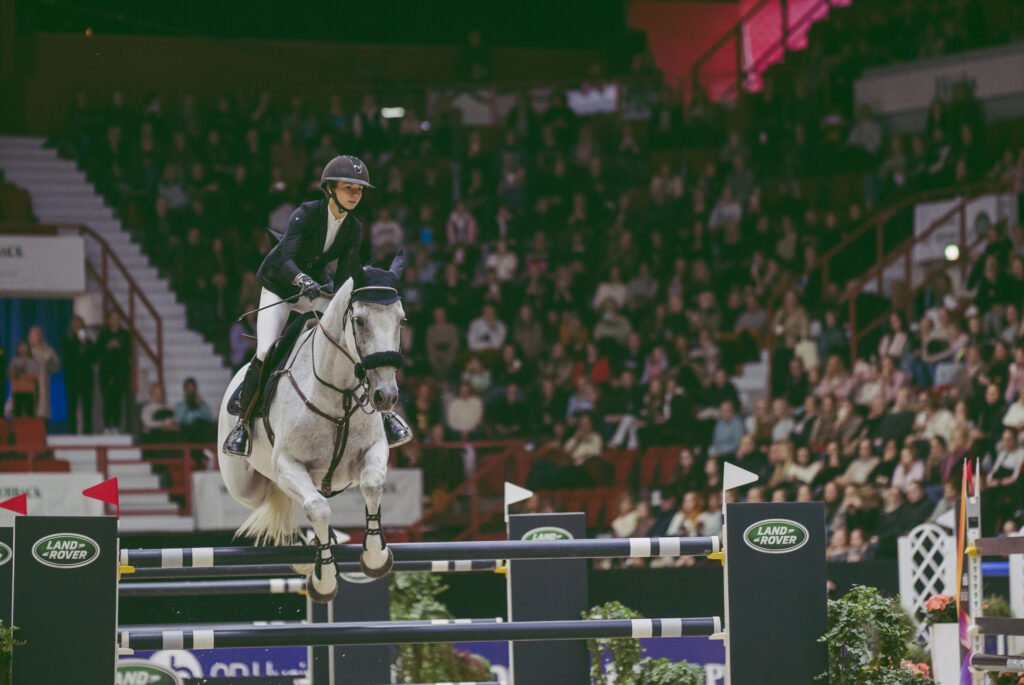