After a few years break, Sweden’s Jeanna Högberg on Astoria made a victorious comeback in Helsinki and took the win with the result 70,717%.

“It feels great, I really love Helsinki and it’s good for a bit inexperienced Grand Prix horses. I actually decided only on Sunday evening that I would be coming here, we have had a bit of tension in the last shows and I wanted to do a national show in Sweden before I decided”, commented Högberg on their winning comeback and the atmosphere in Helsinki.

Previously, Högberg have won riding Liza Minelli and Duendecillo P here in Helsinki, but sees a lot of potential in her mare, Astoria, as well.

“I feel she still has a lot of tension, maybe even more so in the warm up, but I think it was mostly about this arena and the crowd being so close to the course. The tension is just something we have to work on, to get over with, and I know she can do that. I just have to figure out how to prepare her and what to do to make her more relaxed”, Högberg said about Astoria.

Högberg wasn’t the only rider making a successful comeback in Helsinki on Friday. Finnish Elisabeth Ehrnrooth and Macacho returned to Helsinki for the first time since 2015 and took the third place with a result 66,131%.

“It felt really good to be back here after seven years. There were a lot of unnecessary mistakes but I’m still very happy with our performance considering this was only Macacho’s second Grand Prix”, Ehrnrooth commented after the competition. 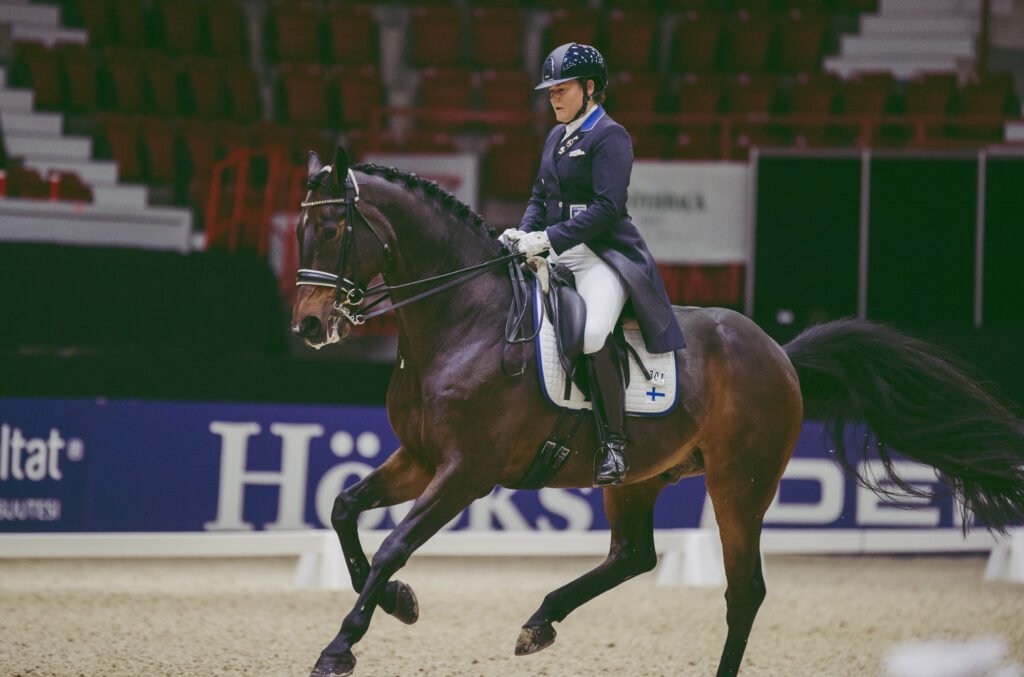 The judge, Isobel Wessels, was happy to be here in Helsinki and praised the top three horses.

“I’m so pleased that I’m finally here, it’s a much bigger show than I expected. I was really impressed, and I would like to congratulate all riders because for the horses, whenever it’s so close to the crowd, it’s not so easy. I think there were some tensions but the riders did a good job to help the horses relax. The top three horses all looked really nice”, Wessels shared in an interview.