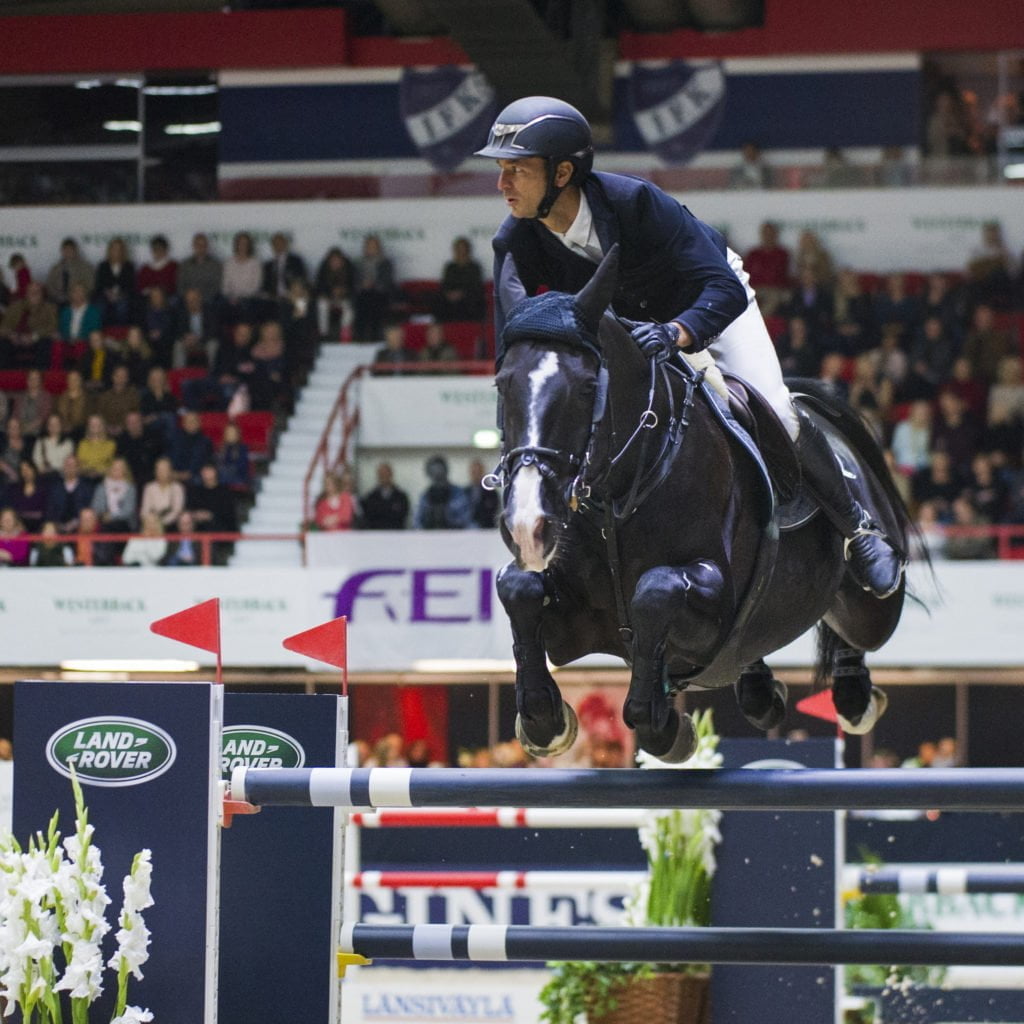 Steve Guerdat, one of the most successful rider in recent years, is participating in 5* Helsinki Horse Show. Steve has always done well in Helsinki. Last year he won the Land Rover Grand Prix and some years back the Longines World Cup.

His lates success came at the WEG in Tryon. Guerdat won the bronze, and his ”little brother” Martin Fuchs the silver. It was a very emotional moment for the Swiss Team, and both families.  The Fuchs family has been close to Steve, father Thomas has been his mentor and trainer for a long time. Steve´s father Philippe has also had a strong influence on his career.

Steve is known for his frankness and love of horses. If the conditions are not the best possible for the horses, he is not afraid to point it out. Some of the most memorable horses, like Pialotta, Jalisca Solier, Nino des Buissonnets, and the current Championship horse Bianca are full of character and temperament. It seems to suit calm and composed Steve just fine.

Steve competes in Helsinki from Friday to Sunday. The main classes are the Land Rover Grand Prix on Saturday at 14.30 and the Longines FEI Jumping World Cup™ at 165-level on Sunday at 15.40.