Fridays evening’s Pohjola International 145 cm offered a lot of excitement and a tight fight against the clock. The top three all fit within one second but at the end, French Olivier Robert on Vangog du Mas Garnier rode to the victory. They did an amazing round in 56.25 seconds, narrowly beating the second placed Marlon Módolo Zanotelli and Grand Slam VDL from Brazil who cleared the course in 56.57 seconds. Kevin Staut on Havanabalia Grand Moustier Z D completed French success by placing third. 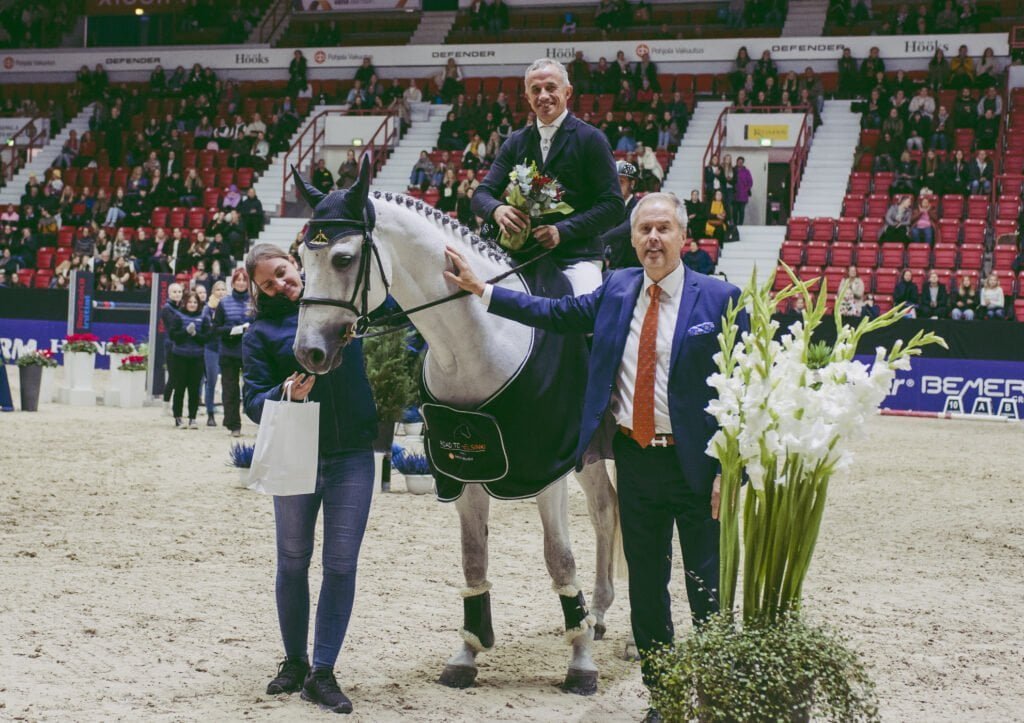 The winner was happy to be back in Helsinki and praised his horse.

“I’m very happy to be here, it’s so far away but I love to come here. I enjoy this show and on Friday there are so many people in the tribune. The feeling on the course was good, and my horse did a super performance, he was perfect. I’m riding with him in tomorrow’s Grand Trophy and hoping to continue our great weekend”, Robert said after the competition.