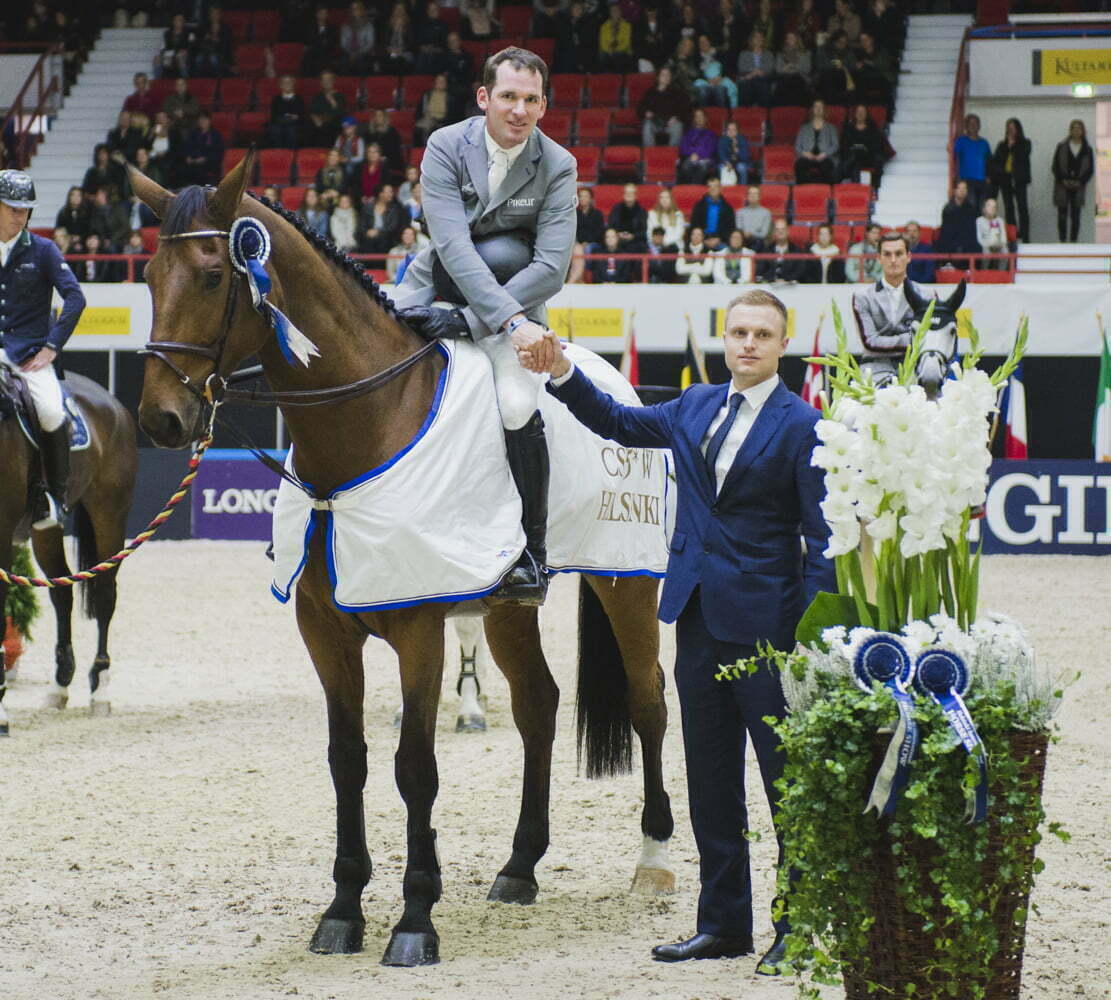 The show jumping program continued in Helsinki on Saturday afternoon when the world’s top riders gathered together to compete in Land Rover Helsinki Grand Prix 160cm. This year the win went to Germany when Philipp Weishaupt on Asathir managed to make the fastest clear rounds with the result 32,30.

– I have to say, the horse was just incredible, she is a pleasure to ride and I really think that the best horse won today. She is an absolute superstar and there’s nothing she can’t do, Weishaupt praised his horse. 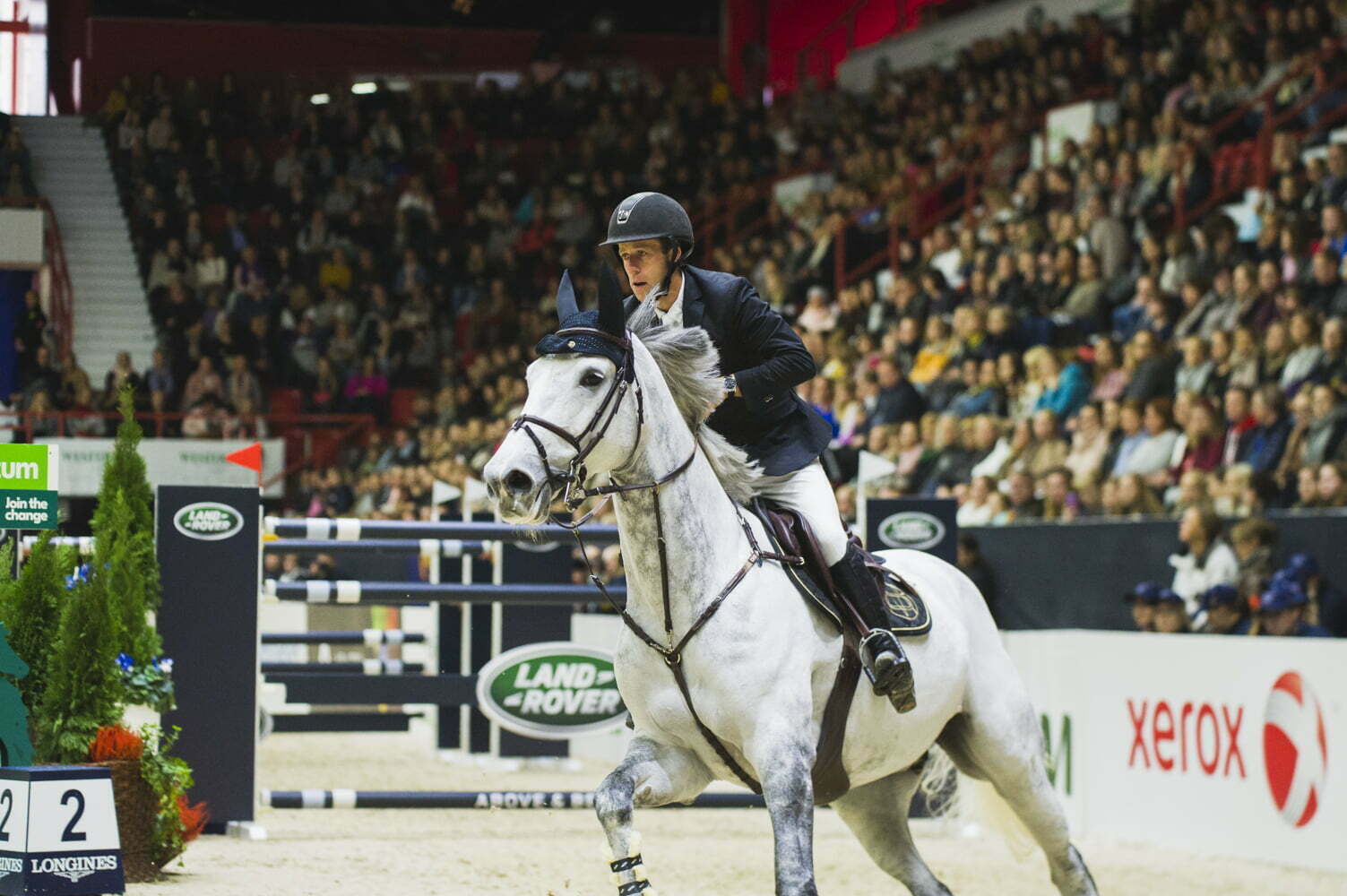 – To win a five star Grand Prix is always something special and I’m really happy with our result, especially because we had a lot of top riders and top horses here today. I knew I would have good chances with this horse but of course you never know until after the last rider. Being in the beginning is not the best place to be in the jump-off but I managed to put a high standard on the time and hoped it was going to be enough. I had a good shot at number one and saw the distance to the second one and luckily my horse was playing the game. Of course it was a bit risky but with a horse like this it’s not a problem, Weishaupt commented on their result. 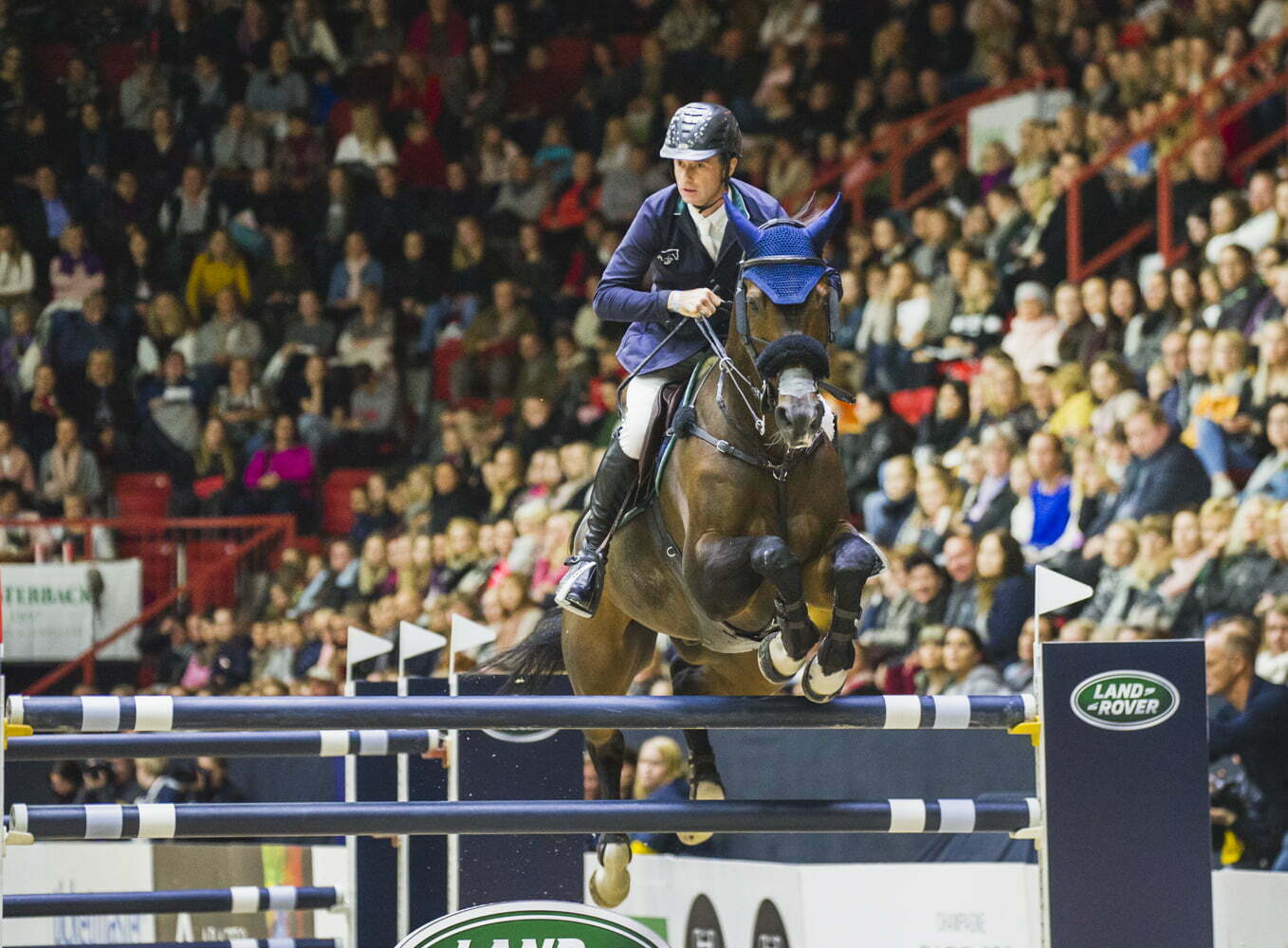 Dennis Lynch and The Sinner.

Maikel Van der Vleuten and Dana Blue from the Netherlands also did two amazing rounds and were awarded with the second place after a really tight competition in the jump-off. He was followed by Irish Denis Lynch on The Sinner. 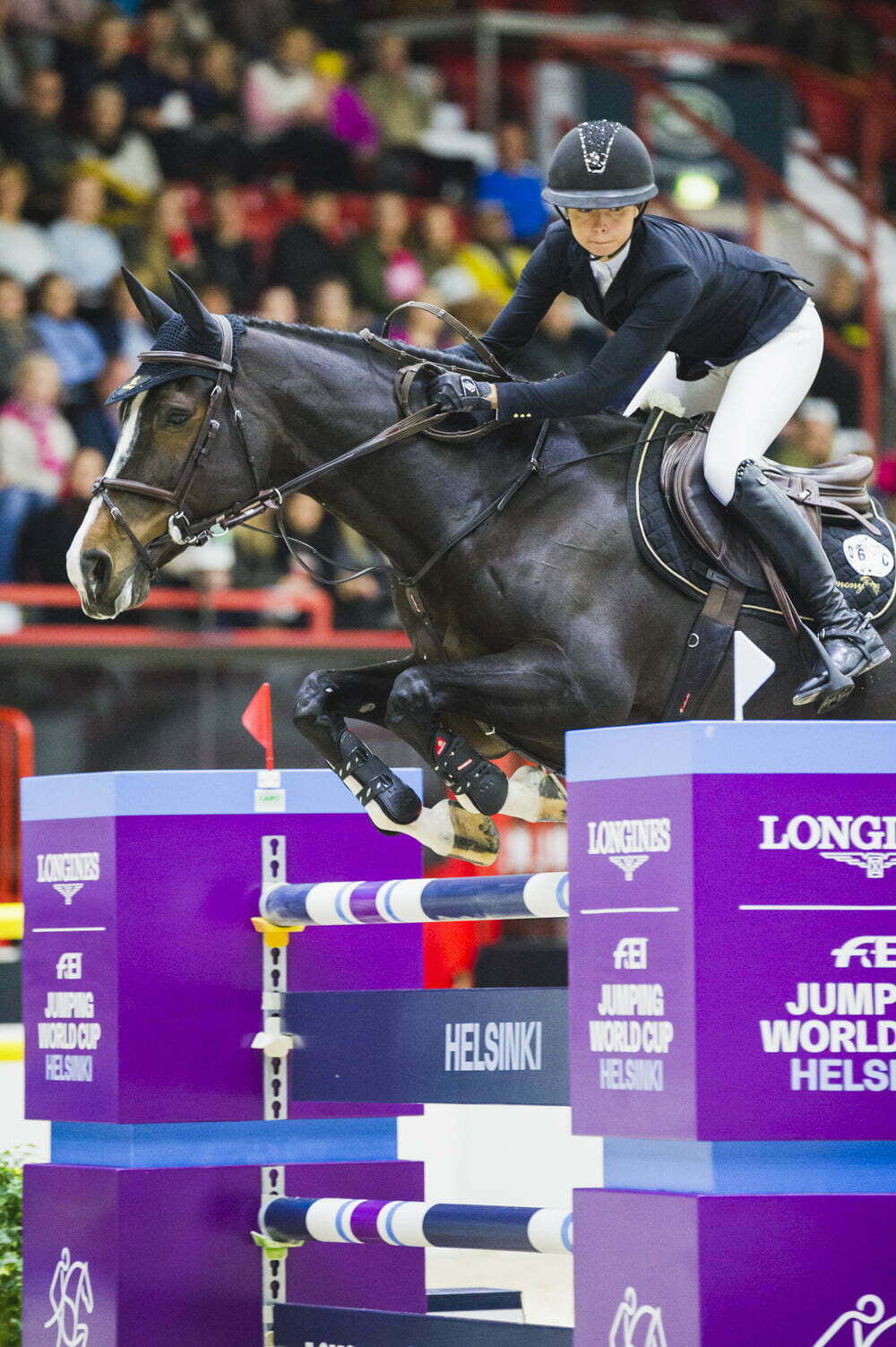 Anna -Julia Kontio on Ornellaia jumped great in front of the Finnish audience and was the best home rider placing 6th.

– I’ve been riding Ornellaia since 4 months and I’ve been working a lot for our relationship together. After the last week’s jump-off in Oslo I was playing it a bit safe in the jump-off just to make her understand what I want and despite the unfortunate fall there, I was happy with the jump-off anyway, Kontio said after her performance. 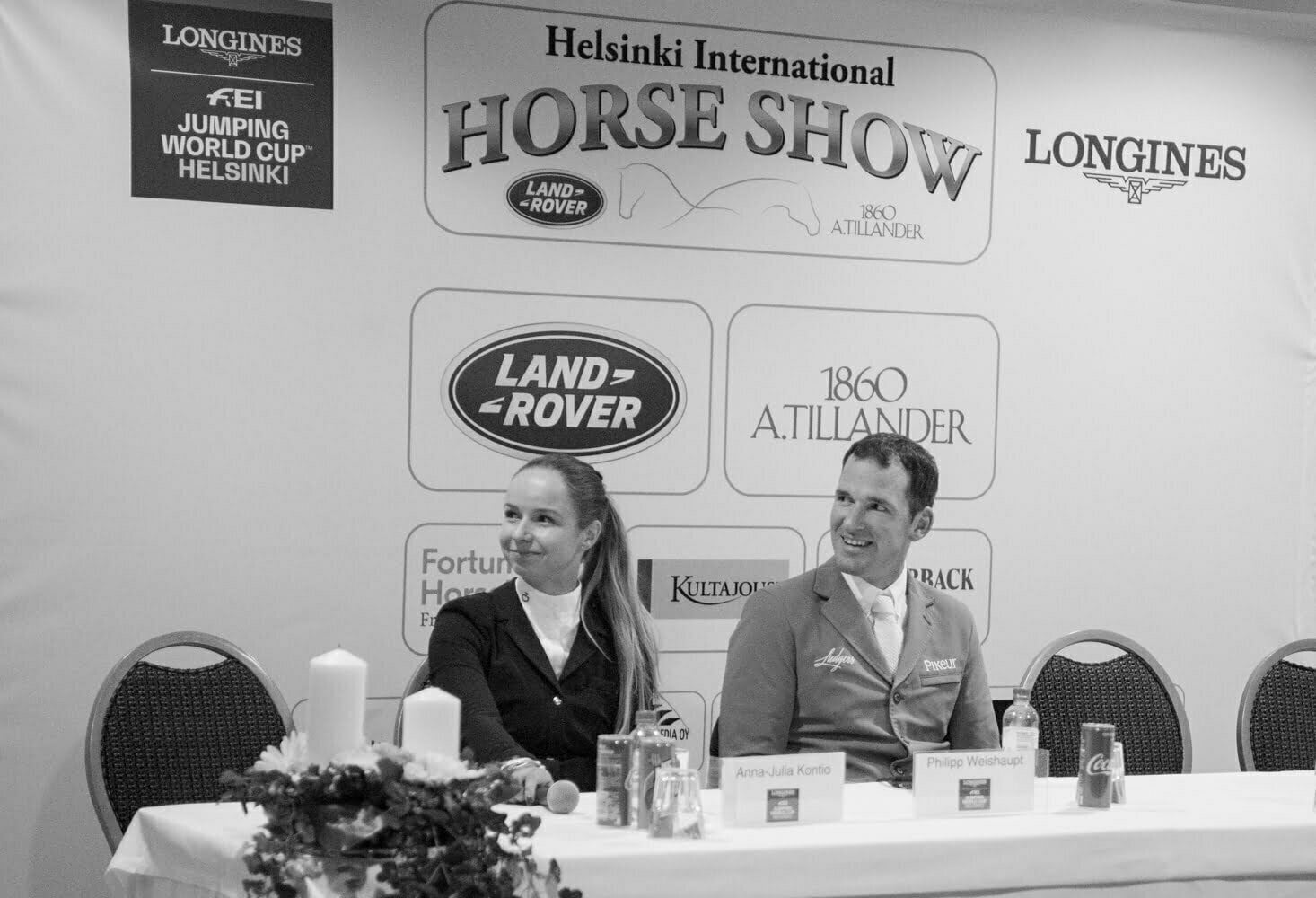