Hannes Ahlmann and Diara shone on the course in WHG International 145 cm Final, topping the leaderboard for the second time this weekend. With an amazing clear round in 52.94 seconds, the German duo left the home favourites, Eveliina Talvio and Glamour on the second place. Marlon Modólo Zanotelli on Heureuse Nouvelle WH from Brazil placed third.

The young German enjoys riding in Helsinki and praised especially his horse after today’s victory.

“I would thank my horse because she did an amazing job today. I haven’t had her for that long, this is our third international show together. She won on the first day and today again so I’m very happy”.

“What I love here in Helsinki is the crowd; they are standing behind you and when you do a good round, they are happy and supporting you so that’s really cool. The arena is not the easiest but sometimes it’s nice to train on new things and it worked out really well today”, Ahlmann said after the competition.

For the afternoon’s World Cup Ahlmann is heading with positive anticipation.

“I’m riding with Baloucan – this is my first time in the World Cup and even though we didn’t have such a good round yesterday, I hope that we can come back stronger today”, Ahlmann commented on the upcoming World Cup. 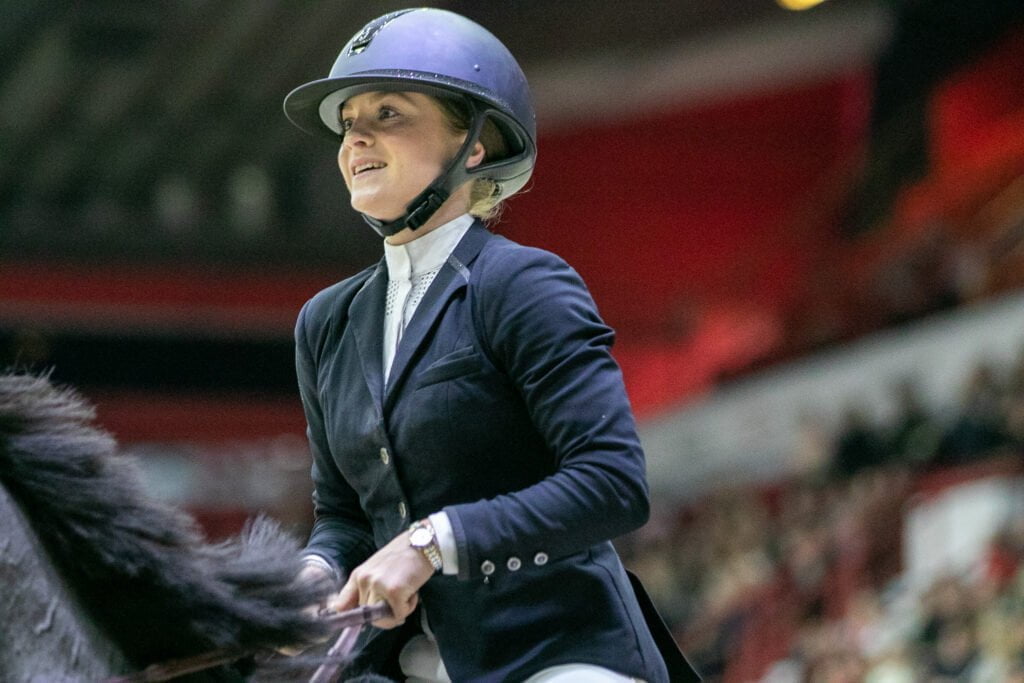 The second placed Eveliina Talvio was also clearly happy with her round today.

“It feels incredible, not only am I super happy with my own performance, but the crowd was amazing and behind me for a hundred percent. I can’t help but be super proud of Glamour; from the first moment we entered the course she was super and ready to perform. I was a bit behind on the fifth oxer, but she was just ‘no problem, let’s go’. I’m more than happy with all my starts this weekend, I feel all the horses work well together with me and there’s a nice, relaxed feeling when we are on the course”, Talvio shared in an interview.

There was also another home rider in the top 10 as Sanna Backlund on Isabella HX placed 9th.