The 33rd edition of Helsinki International Horse Show was a great success. A big group of high-ranked top riders, including several European Championship medalists, honored Helsinki with their presence.

The main focus was in the Longinges FEI World Cup™ Jumping competition on Sunday. A big question ahead was whether Swiss rider Romain Duguet could make a ”hat trick” after his two victories in 2015 and 2016. Duguet was brilliant in the Saturday main competition, the Land Rover Grand Prix, finishing second after his teammate Steve Guerdat.

The packed Helsinki Icehall was presented a thrilling nine riders’ jump-off. Last to go was Dutch Jur Vrieling, who put a pace and turned even faster than the other clear rounds. Thus the ”Flying Dutchman” returned the Dutch riders to the highest podium, like so many times in the first decade of the Helsinki event. 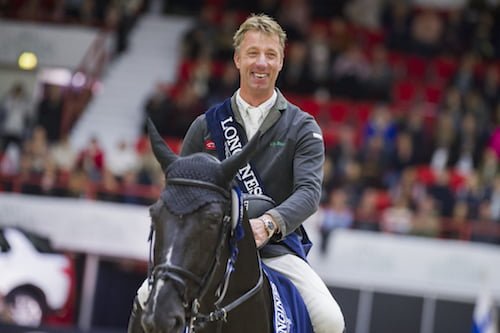 Helsinki Horse Show made global news headlines by being the first event ever having all it´s energy produced by 100 % horse manure. Fortum, global in energy, has developed the ”Fortum HorsePower concept”,  thus making a big step towards a cleaner event world.

Helsinki Horse Show was a part of Finland 100 years of independence celebrations. A big crowd of almost 50.000 visitors found their way to the Horse Show, making the event one of the biggest of all sports events in Finland.

The recently published visitors´ survey shows that the audience loves the Horse Show.